After a wet week in Robertson, the skies cleared today, and left us with a delightful pink sunset this evening.

Over the last five days we have had (officially) 13mm, 17mm, 7mm, 27mm and 7mm of rain recorded in Robertson. That is nice spring rain, and the birds have been very happy.

Here is a juvenile Shrike Thrush which I found (last year) after it had been stunned by a car. I rescued the bird, moving it off the road, to a safe location, and released it shortly afterwards, but I cannot swear that it survived. The faint stripes are typical of juvenile plumage in this species. 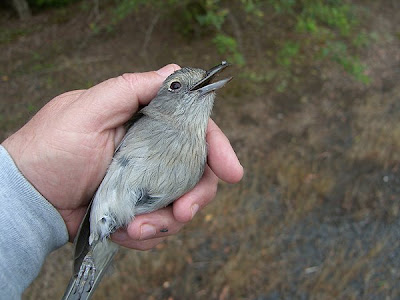 The Satin Bowerbirds, at this time of the year, bounce around my neighbours neatly trimmed lawns, looking for worms which rise to the surface when the ground is waterlogged, as it has been all this week.

This is the sky as seen from Anni and Andy's place, down in the village of Robertson. 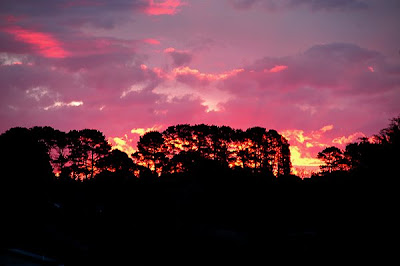 A few minutes later, when I drove home, this was the view I saw as I drove into my driveway, and parked my car. 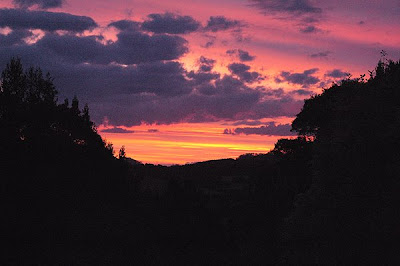 Here is a slightly wider view. The tall tree on the left is a Sassafras. 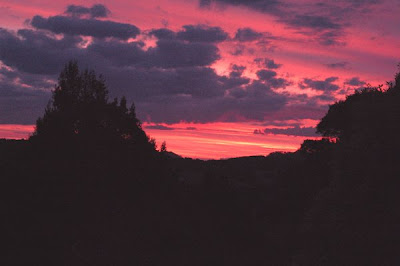 That's a nice drop of rain you've had a nice sunsets to boot.

Love the colors of the evening skies! Can I get one in Perth?

Thanks guys. Very pleased with the rain. My Peonies have stretched themselves out a few inches in thew week of quiet rain. They will be budding up soon.
Chai, I do not have enough influence to organise your sunsets for you - sorry. You find your colour in the water creatures, anyway.
Denis