My father, Steve Wilson OAM died in the early hours of the morning, on Sunday 13 September 2009. 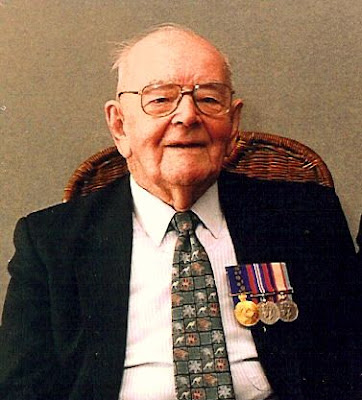 Regular readers will be aware that my father was very old, and frail. At 97 he figured he was"entitled". 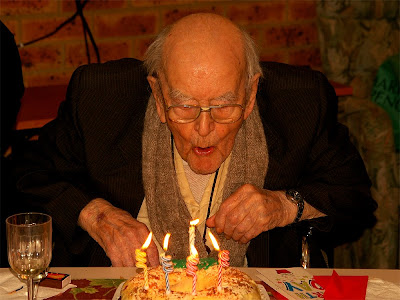 But but until the last two weeks, he was very sharp of mind, despite his physical frailty. I am sure that he would be the first to say that old age, in itself is no achievement. But he certainly made the most of his energy and his time on this planet.

He made a "difference".

Specifically in the sphere of birdwatching, in the Canberra region, he was a leader, and importantly a mentor to many young Ornithologists - a number of whom have gone on to make their own places in the world of Ornithology. 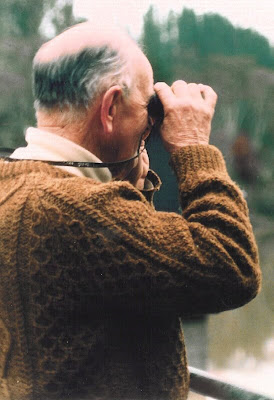 As far as I am concerned, personally, I remember Dad as someone who knew the importance of perseverence. This was often to his own cost, or to the cost of people near to him. But his work ethic was matched by a very fair and just sense of intellectual rigour. He was not an academic, but he was a great reader, a student, a researcher and a teacher.

Above all, I believe he possessed a great sense of respect for the natural world around him. He referred to it as a "Sense of Wonder".

I believe I might have inherited, or learnt from my father, just a small part of that "awe" that he felt for Nature. Tonight I salute that part of my father, in particular, as it is most relevant to this Blog - the "Nature" part of The Nature of Robertson.

Of course, there was much more to my father than that.
Philatelist, Cactus grower, plant propagator for his local church fete (with a team of willing helpers., he was responsible for raising $120,000 for his local fete over a period of about 6 years). Independently of all that, he was a senior official in the Department of the Navy.

Dad died peacefully, in his sleep. His family had been visiting with him regularly, especially over the last few weeks and final days. He knew he was well loved and respected.
We should all aim to die as well as he did.

We should have no regrets - just thanks for the part he played in the world around him. 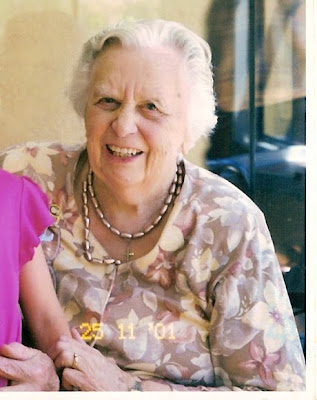 My sincere sympathy on the death of your father. What a great tribute to be able to say that he made a 'difference', and that he passed on his 'awe' of the natural world to so many.

My thoughts are with you, Denis.

A hard post to have written but well worth it in honour of your father.

Many thanks Mick and JL for your kind and supportive comments.
Denis

A nice tribute to your father Denis, my sympathy at this sad time.

Loving fathers beget loving sons. Your tribute does you both honour.

Thanks Duncan.
I appreciate your comments, Duncan. It seems to be something of a pattern - this farewelling of ancient relatives.
Cheers
Denis

Thanks Tony.
Nicely put - I appreciate that very much.
Cheers
Denis

Denis - that is a beautiful tribute to your Father, and one which he obviously deserved. That you both shared such a passion for the natural world must have given him a great deal of pleasure.

Thank you Barbara.
Much appreciated.
Denis