Well it has been coming for some time. And now it has happened - LENA has won the 2010 Eurovision Song Contest. 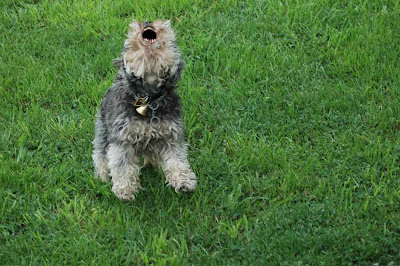 Here she is at the After-Party. 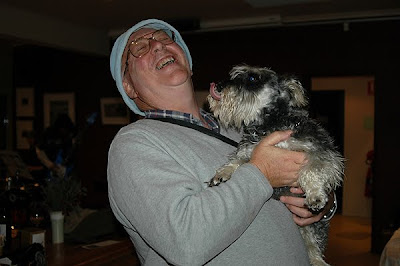 And again, being carried out by her Minder, Zoe. 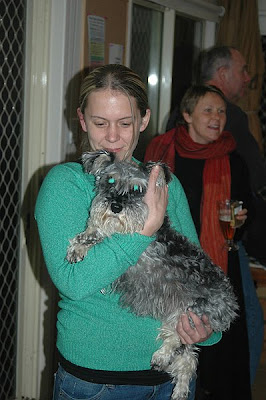 From the look in Lena's eyes, she had clearly indulged in too much "Green Fairy" at the After-Party.

Hopefully life in Robertson will return to normal tomorrow.
Posted by Denis Wilson at 1:32 pm

Oh I especially like the first photo. What a pity you couldn't have attached part of the song as well!

Hi Mick
Thanks.
There was a link to the real song (from Eurovision).
I don't have a recording of my Lena!
Denis

Hi Denis,
The Lenamania has spread even to Australia. Amazing. Granted, but the resemblance is not great, but for you and your dog get restless days. :-))

PS.: My comment to your mushrooms have you not well received?

Hi Peter
Lena is a Miniature Schnauzer, and so has Germanic origins, and a German name ("Marlena").
She is my 3rd Schnauzer. Great dogs.
.
Your comments on Fungi are always welcomed, as you know so much more than I do.
My last post on Fungi was on 19 April 2010 Fungi of the Robertson Nature Reserve
Cheers
Denis

Hi Greg
Yes, her breeding is Germanic.
But her spirit is pure Aussie.
Cheers
Denis