High Life in the Chook Yard

Bernie and Dorothy have some chooks which are a constant source of interest (and occasional eggs). Some of the older Chooks will stand for no nonsense. That's fair enough. However, recently, an interloper has fluttered into the stable relationships in the Chook Pen. 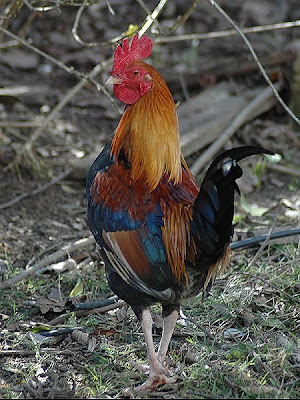 This is Jumping Jack Flash. He is so named, because, as a Bantam Rooster, he has to jump around a lot to achieve his amorous ambitions.

Dennis the Chook (NOT named after me, I hasten to add) has been a constant source of amusement. 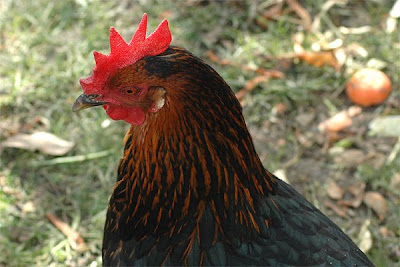 Not know for her egg-laying abilities, she seems to wander around looking "Gorgeous". Apparently, that's enough for her to justify her space in the Chook Yard.

Ruby Red-dress, however, is a stroppy girl. 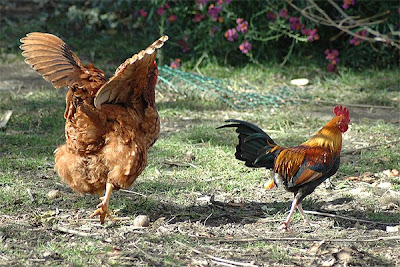 Here she is seen giving jumping Jack Flash a lesson on who's actually in charge in the Chook Yard. True to form, though, he was back strutting his stuff, just a few moments later.
And then there's Aunty Molly. 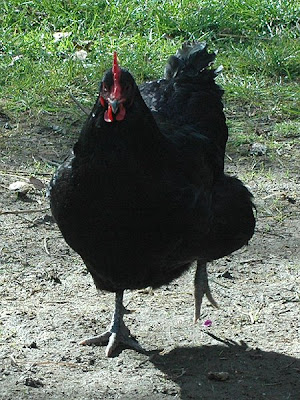 This is a name I have introduced myself, in honour of my ancient and formidable Aunt who ran the Mothers' Club at the local church in Surrey Hills, (Melbourne) when I was a child. You can tell by her pose that Aunty Mollie will brook no nonsense. She is turning up late to an event where, clearly she ought have been invited (but wasn't). You can see her rolling up her sleeves, as she hurries in to join in the fracas. Look out, everybody. She packs a mean punch.
Buddy remains aloof from all that aggressive politics, by keeping himself nice, inside. 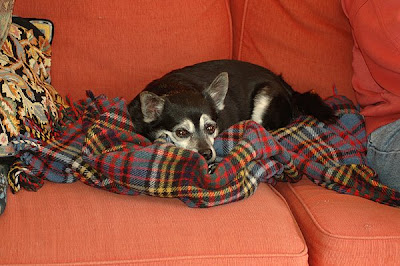 She looks very much like mine. Hiliners (sp) I think they are.

I think Dennnis (the chook) might be a Denise :-)

We have about 20 chooks (last I counted) and our bantam rooster, Wee Jimmy, rules the roost. Even when we had huge Ancona roosters he had them cowering in the corner.

Hi Guys
Happy to provide a chuckle.
Mosura, we persons called Denis are careful of the spelling of similar names. The ambiguity of the name is fully understood, if you get my drift.
Cheers
Denis