The Wingecarribee Swamp collapse - 10 years on. 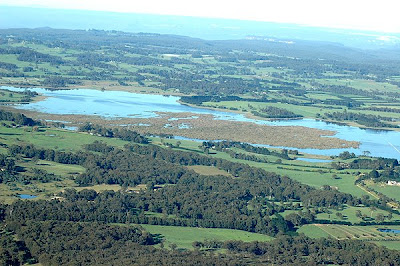 The swamp had been mined for peat since 1967. The lease had expired in 1992, but mining continued. The renewal of the lease was eventually reviewed by the Mining Warden Inquiry. the renewal was opposed by Sydney Water Corporation, the Environment Protection Authority, the National Parks and Wildlife Service (NSW), the then Department of Land and Water Conservation, the Royal Botanic Gardens (Sydney), the NSW Heritage Council, the Australian Heritage Commission, and the Wingecarribee Shire Council. Other volunteer environment groups including REPS, the National Parks Association were also involved in arguing the case against the renewal of the mining lease before the Mining Warden's Inquiry. This was a very intense and closely argued case, thanks mainly to the action of lawyers for the proponents who set out to ridicule the expert opinions of geologists and environmentalists who argued against the renewal of the Lease.
The Mining Warden was in the process of writing up his findings when the Wingecarribee Swamp collapsed.
"The Barrage" - a wire and steel containment system
designed to keep the peat islands from floating
further out into the Reservoir, and potentially blocking the sluice gates. 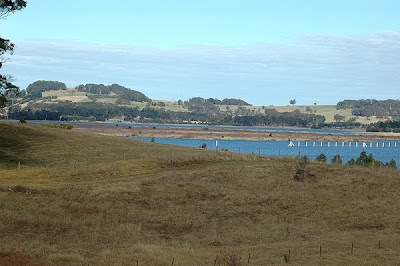 A huge "rainfall event" occurred on 7 August 1998. Some 200 mm of rain fell in 24 hours, mostly in a single morning. Events like this had occurred previously (in 1991) without any similar collapse - but in this case, the mining of peat had greatly increased prior to the collapse. This had changed the water level within the peat, and, in turn this allowed the peat to dry out. Also there was a physical weakness in the peat, along the line where the dredging had occurred. This combination of circumstances caused the relatively dry peat to "float like a cork" when the rain occurred, as a huge upwelling of groundwater from the Kangaloon Range above the swamp occurred underneath the body of peat. The body of peat floated and in the process dislodged the dredge, which itself floated from its moorings, and tore a line through the peat, as it floated down through the swamp and out into the Wingecarribee Reservoir.
The rest is history. In due course, the Mining Warden handed in his report granting the renewal of the lease. The applicant had won the case, but by then the swamp had been irreparably damaged, and the mining had been abandoned. You can read all about this in the detailed website by Prof. Sharon Beder, and sponsored by REPS.

The Sydney Catchment Authority, which was formed after the Ghiardia and Cryptosporidium scare in Sydney, was given responsibility for the Wingecarribee Reservoir (and Swamp - in joint management with the NPWS). Since the collapse of the Swamp, they have spent a large amount of money on consultants reports, which has indeed confirmed the advice which was freely given to the Mining Warden's Inquiry by Professor Emmett O'Loughlin (but rejected by the Mining Warden at the time).

Now the SCA is paying to try to repair the damage to the body of the swamp caused by the loss of integrity of the peat, when it floated out into the water of the Reservoir, exposing (behind it) disturbed areas of the original dense mass of peat, which had been covered originally by dense growth of reeds and sedges. Chunks of dry peat are still evident in the privately owned farmlands adjacent to the swamp - light and dry and no longer forming part of the original swamp. Damage like this cannot be recovered. 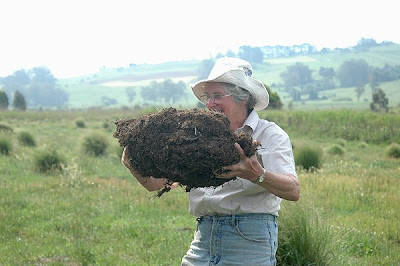 The opened surfaces where the reeds and sedges were disturbed were colonised by seed from Willows from upstream. Now vast numbers of young Willows (mostly Pussy Willows) are growing madly in the swamp. Some are out in the floating islands of peat - but mostly they are taking over in the top end of the swamp where the peat was also disturbed by being lifted in the "floating" process, and being cracked. Out in the swamp, one finds small islands of raised vegetation, with deep cracks between, where there is exposed water at about 1.5 metres lower than the tops of these little islands. It is along the sides of these little "islands", where the raw peat was exposed, where the willows have taken root. Workers are paid to cut and paint the Willows with RoundUp Bioactive, however, I fear they are fighting a losing battle. 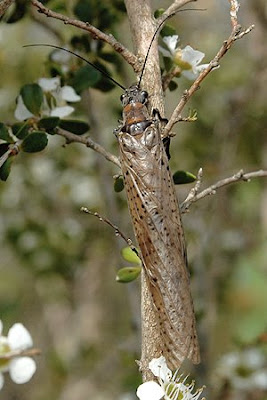 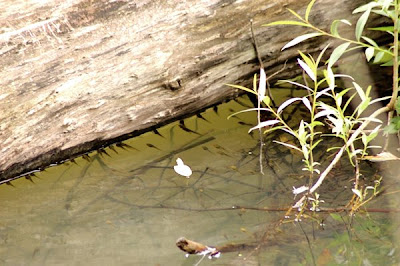 The RoundUp which the SCA contractors use is designed to be non-toxic to insects and frogs in wet environments - which judging by the huge populations of frogs, insects and snakes in the environment close to the Wingecarribee Swamp itself, is a good thing. We wish them all well, for the "Swamp Rats" (as they term themselves), have a huge and difficult job to do.
Posted by Denis Wilson at 9:39 pm

I wasn't aware of that, having been out of the country for so long. It's a place I always wanted to visit but never had the opportunity. What a mess they have created.

Why is it so hard for people (collectively) to see that ill-considered actions have such long-term and usually disastrous effects!

What a disaster Denis, let's hope they get on top of the pussy willows, they're a curse. We had a few in our swamp down here that we got on to very smartly. We had other willows too which were cleared, and we just have to deal with the regrowth that appears from time to time.

Thanks for comments, Mosura, Mick and Duncan. Pussy Willows are terrible, and they thrive in this climate here, with permanent water beneath them.
<
David Tranter said that someone had calculated that the State Gov't earned about $80,000 in royalties, and has probably spent $15 million in repairing the damage.
< And the Mining Warden still found the project was legitimate (even after the collapse). What a nonsense.
There are different values at work in society - especially when it comes to mining.
Denis