Debus announces he will resign 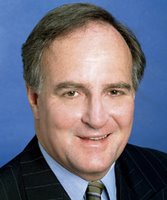 Today, The NSW Attorney-General and Minister for the Environment, Mr Bob Debus has announced that he will resign at the next NSW State election.

What is a citizen to do?

Immediately that a politician makes an announcement of a resignation, that person becomes a political irrelevance.

My point is this: the Robertson environment is under direct threat from the Sydney Catchment Authority's drilling in the Kangaloon Aquifer. Bob Debus is the Minister for the Environment, to whom we need to appeal, to prevent damage occurring. He is also the person to whom the Sydney Catchment Authority (who are inflicting the damage) nominally answer. As such we were already in "a bind". Now it is worse.

With his resignation, he is now irrelevant to the political process - nobody in Government will take any notice of him. But if he stays in the position, he will not have the "clout" to carry any significant decisions, thus preventing another Minister from making any decisions on the Kangaloon Aquifer. Thus his decision to resign, but to stay on in his position, blocks the only chance we have to seek his help to protect the Kangaloon Aquifer, and the environment which depends upon that Aquifer.

If you wish, have a look at this decision from another perspective - that of the internecine NSW ALP politics behind this decision (or some of it, at least).
Posted by Denis Wilson at 5:02 pm